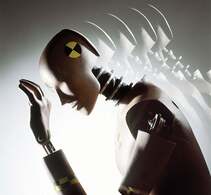 We slept-walked into this. Rarely have new leadership and values been needed more urgently.

The Covid19 pandemic follows hot on the heels of the migration crisis, plastic in-the-oceans disaster and climate change emergency. It feels like wave after wave of severe challenges, crashing into the eroding cliffs of a world created by 100+ years of blatantly, disastrously, unsustainable attitudes, thinking and behaviour. The proverbial chickens are coming home to roost at an ever-increasing and alarming rate and, together, their shocking impact is rocking the world in ways that we had only previously imagined or feared. Reality hits hard when it strikes the blind, deluded or wilfully-corrupt.

What we are seeing here is a crisis of leadership, the brutal consequences of a relentlessly short-sighted, narrow-minded, global culture of self-interest. How did we ever imagine that we could keep taking, exploiting, stealing and corrupting without ever reaping what we so thoughtlessly sowed? And so the crisis isn’t simply tactical, about tweaking or rearranging structures and markets to do what we were so deftly doing before, whilst hoping to escape better next time. It’s a spiritual-existential crisis of vision, ethics and values that sinks deep, right to the very core, and cannot be resolved at surface.

If Covid19 has given us one gift, it has been to experience a very small taste of the paralysing fear and vulnerability felt by billions across the world, trapped in abject poverty, year after grinding year. The nature of the pandemic and its impacts, along with wider environmental catastrophes alongside it, reveals starkly the inter-connectedness and inequalities between people and systems globally. We need new leaders that pray, role model and call out the very best in people, organisations, communities and beyond. It’s a jolting wake-up call, if we will allow it to wake us. Less of cold competencies, more of character.

We have seen and felt glimpses of light and hope in the faces and voices of a radical new generation of young women: Malala Yousafzai and Greta Thunberg, as visible examples. I’ve encountered it personally in the face and voice of Jasmin, a vivacious activist among the poor in the Philippines who vividly imagines a different world and resolutely refuses to stay silent. Yet such individuals, no matter how inspiring, can only hold up the bright torch of possibility alone for so long. What we need urgently is visionary leadership, new partnerships and collective agency across the world; marked by courage, humility, integrity and love.

The time to act is now. The window of opportunity is closing fast.

'Nick - this is a brilliant call to action, and a wake up call to anyone who reads it.' (Rezina Ahmed)

'For too long we have lived in a system ruled by greed and fear. It's now time for hope and care to shine instead.' (Adrian Spurrell)

'We are surrounded by career politicians, not leaders. There is no moral leadership any more. If only the politicians would look at the suffering of people and change their hearts, but they seem to persist in their greed and selfish ambition for power.' (Felicity O'Hanlon)
​