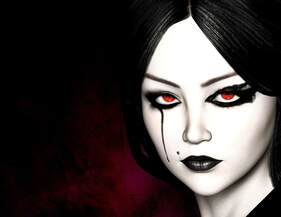 ‘You see what we want to see, and you hear what you want to hear.’ (Harry Nillson)

We live in an era when news about fake news makes news. We’re never had so much access to news and, perhaps, so little confidence in news. Capturing and expressing profoundly the spirit of the age, actor Denzel Washington remarked: ‘If you don’t read the newspaper, you’re uninformed; if you do read it, you’re misinformed.’ (2016). Therein lies a deep and disturbing dilemma. A need to know what’s real, but how to know what’s true? At times like this, democracy itself feels threatened.

And it gets worse. Social defences against anxiety are being played out politically in our university campuses and beyond. Post-political correctness, no-platforming and cancel culture have become rife. We’re only allowed to think, let alone speak, the mainstream narrative – mainstream being whatever ideological stance most successfully brands itself as progressive. It’s irony on steroids, silencing all dissent in the name of freedom from harm whilst ignoring its harm to freedom.

Should we be surprised? As human beings, we’re masters of self-deception. Like echo chambers in social media, we notice, seek and affirm data and opinions that confirm our existing bias and ignore or dismiss whatever contradicts it. It’s a self-gratifying tendency that provides a sense of security, self-worth and significance: ‘I must be right because everyone and everything I see and hear confirms I’m right.’ It’s a dangerous censorship; a padlocked, subconscious delusion that hides itself darkly.

People, groups and cultures choose and create narratives selectively. Here’s a client in conflict with a colleague who wants to justify her stance, portray herself in the best light. She focuses exclusively on the negative attributes and behaviours of the other versus the merits of her own, convinces herself it’s the total reality and surrounds herself with people who reinforce that view. Sustain a convenient lie and the lie becomes truth for us. I-we no longer know the difference. Deception complete.
​
So, how to address this as coaches? What’s our role in bringing 'truth' to light? 1. Beware our own narratives and risks of self-deception. Pray, be curious, be critically-reflexive and invite critique. 2. Expose ourselves to diverse people, cultures and contexts with eyes and ears wide open, to listen and learn. 3. Invite and enable our clients to be curious and critically-reflexive too; contracting vis a vis (a) positive risk and (b) experiments with safe emergencies that such an approach will entail.

Interested to do further research in this area? See: Why We Ignore the Obvious: The Psychology of Wilful Blindness.