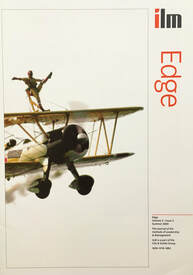 I couldn’t help laughing the first time I heard DIY described satirically as Destroy it Yourself.  Our TV shows are filled with stories of DIY enthusiasts who’ve come unstuck, starting out with ambitious projects for home improvement that have ended in chaos and humiliation.  Experts are wheeled in to help restore the damage and the audience watches bemused and amused as the defeated parties repent of their misguided ventures.  Unfortunately, DIY in leadership can have similar impacts in organisations although the resulting fallout helps ensure that humour rarely forms part of the equation.

I read somewhere recently, “Whatever you do, don’t think of blue rabbits!”  Not surprisingly, the very thing that sprung to mind immediately was the bizarre image of blue rabbits.  Here we see the same effect again: the action itself brings about the very result it seeks to prevent.  Our DIY experts above sought to improve their home and in the process of doing so almost managed to destroy it.  I’ve noticed this phenomenon in leadership, too, and that will be the focus of this short article.  I’ll also offer some practical tips on how to avoid falling into this intervention trap.

I was once invited for a meal by friends as an opportunity to try out a new recipe.  The meal itself was fine but the entertainment afterwards felt a little more hazardous.  A pan that had been left on the cooker overheated and its oily contents caught fire.  In a state of embarrassment bordering on panic, my hosts threw water onto the pan to stop the flames spreading.  The resulting pyrotechnic display would have been impressive had it not set most of the kitchen on fire.

One final illustration comes to mind, this time from the realm of science fiction.  The crew of Star Trek’s Enterprise find themselves facing a catastrophic event in the future.  They travel back in time to change certain events, only to find that the changes they make precipitate the very disaster they were seeking to prevent.

This kind of paradoxical dynamic occurs in organisations, albeit without the added complications of temporal physics.  I once worked with an organisation of over 1400 employees.  In the face of short-term financial difficulty, the leadership had decided to reduce overhead costs by making 7 staff redundant.  This was a serious error of judgement.  What the leadership did not take into account was that:

*The staff who were made redundant held knowledge and experience outside of their formal job/role parameters that were vital to the organisation’s business success.  When these staff left the organisation, key processes broke down unexpectedly and, within 6 months, the same posts had to be re-created and re-filled.

*Redundancies disillusioned those staff who had good relationships with those affected.  It damaged trust in leadership and dramatically reduced feelings of job security for those who remained.  A number of the most experienced and valuable staff left to work elsewhere and within 6 months the organisation had some 13 key posts to fill.

*The net result was that the cost of the vacancies (cover, recruitment, induction, training, lost business opportunities etc.) far outweighed the cost reductions that the original action was intended to achieve.  Worse still, 5 years later the organisation is still struggling to regain any sense of internal stability.

This kind of catch-22 phenomenon is so common in organisations and leadership that I have coined the phrase ‘intervention paradox’ to describe it.

I will offer another example.  The senior leadership of another organisation I worked with decided to restructure the organisation in order to achieve an ambitious and noble vision.  In this instance, the leadership failed to recognise the important maxim that, “you cannot divorce the ends from the means because the ends are pre-existent in the means.” In ordinary English, this means that the methods we use to carry out change will have a direct impact on the shape of the end result.  This new structure was imposed on staff in such a way that:

*Staff attitudes shifted from active commitment to passive assent, feigning enthusiasm for the vision in case anything less resulted in risks to job security.

*Those staff who could leave, did.

*3 years on, most staff have defaulted to their previous work practices, the leader responsible for the changes has left, the organisation is struggling to recover its original position and the vision statement has been relegated to the archive cabinet.

On a more encouraging note, the intervention paradox is not inevitable and leaders don’t have to find themselves ensnared in its pernicious loop.  Before embarking on any significant change intervention, consider carefully:

*Question:  Is action really necessary?  As a rule, if it isn’t broken, don’t fix it.

*Risk:  What are the relative risks of taking and not taking action?  Do the potential benefits genuinely outweigh the potential risks?  If you’re not sure, think twice before moving.

*Diagnosis:  If you have identified a problem, have you fully understood all contributory factors?  By way of analogy, taking aspirin to prevent headaches won’t work if the problem is eye-strain.

*Compromise:  Are you prepared to compromise any aspects of your vision to secure a greater possibility of success?  Even the most admirable of visions will be limited if nobody follows the leader.

*Meaning:  Have you considered the symbolic and practical significance of proposed action for all stakeholders? Don’t get too carried away with personal enthusiasm - what might seem exciting and obvious to you might not seem like such a great idea to others.

*Values:  Will action breach any key value or aspect of psychological contract held by those most likely to be affected?  If so, stop, check the proverbial map and consider seriously any alternative routes.

​*Means-Ends:  Are the methods you intend to use entirely consistent with the end state you hope to achieve?  If not, stop, think and think again!