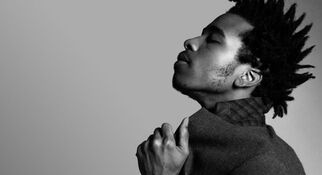 Mike Wilson is a visionary boss, a man of profound integrity, a true leader. On his way through the office, he would stop and greet each person warmly. If he was in a business critical meeting with some ‘important person’ that was overrunning, he would pause the meeting, leave the room go and apologise to the ‘ordinary person’ whose meeting was now running late, to ask that person for their understanding and permission to continue or to reschedule to a time that would work best for them. He was humble and courageous and always took personal responsibility to address and resolve issues rather than expect others to fit in and change their own plans around him. He was…loved!

One day, Mike and I had a step-back-for-a-moment coaching conversation about my personal and professional vision and aspirations for the future. I said that I had worked in the OD arena for some years now and would really like to do formal studies to consolidate, accelerate, challenge and inspire my thinking and practice. Mike encouraged me to look for a course that would appeal most to me. I found an MSc course at a London university. It looked fantastic, focusing on psychodynamics and social constructionism, but applicants were required already to have a postgraduate qualification. I didn’t. I dropped the flyer in the bin and, with heavy heart, looked at postgraduate courses instead.

A few days later, Mike asked what I had found. I told him about the MSc course and about how I didn’t qualify. Mike looked at me directly and said, ‘How much do you want to do that course, Nick?’ I said, ‘Very!’ Mike said, ‘So why would you spend 2 years on a course that you don’t want to do in order to get onto it?’ I responded, ‘As I told you, it is a pre-requisite.’ Mike grinned, ‘Are you really going to give up that easily?’ I felt bemused. ‘What do you mean?’ Mike replied, ‘Get on the phone and tell them your passion, what you could contribute on the basis of your ideas and experience. Fight for a place if that’s what you really want to do. And pray first.’ I felt challenged and confused.

Nevertheless, that afternoon, I prayed, called the university and did just that. To my utter surprise, they invited me for interview later that week. It seemed to go well and, at the end, amazingly, the professor explained that although the next intake in October was full, I could start in February the following year. I thanked him profusely…then remembering Mike’s spirit and challenge, responded, ‘I do understand that the October intake is already full. But I really want to start in October because that would fit perfectly with other plans at work!’ The professor smiled politely, stood up, shook hands and said, ‘We’ll be in touch.’ That afternoon, the university called. ‘You start in October.’

When has a leader-coach inspired you with challenge and support? What difference has it made to your life and work?

Nick Wright is a psychological coach and OD consultant.