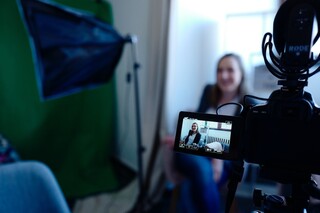 Tara Parker   Nick, I notice that you posted a blog on your website recently, Martin Luther King’s eulogy, an extract from the speech he made the day before he was shot dead. MLK was clearly an inspiration to you. What would you want to include in your own eulogy?

Tara Parker   On that latter point, you are a prolific writer with over 100 articles published and countless blogs in coaching, OD and social change arenas. Is there anything you’ve written that best expresses who you are, that perhaps you'd like to be read out in your own eulogy?

Nick Wright   Yes, I wrote a piece in 2020 during the Covid19 pandemic called Clash of Realities. Someone responded then that it sounded like I was shouting and crying at the same time. That's how I felt, and how I still feel. I’m glad I wrote it. I hate that the poor are so vulnerable.

Tara Parker   That piece expresses very clearly the passion you hold for social justice, particularly for the poorest people in the world. It’s rare to read something written with such deep conviction. Where does that passion come from, and how has it influenced your life and career?

Nick Wright   As a child, I was an animal rights activist. In my teenage years, that shifted to anti-Nazi activism. When Jesus found me, it propelled my life into a variety of roles with charities, NGOs and other social change agents and sectors in the UK and internationally.

Tara Parker   I see you’re a qualified psychological coach, trainer and OD consultant. You’re also a qualified TESOL tutor, you trained as a Baptist minister and are an active part of a Christian motorcyclists’ group. That’s a pretty diverse portfolio! How does it all fit together?

Nick Wright   Great question. The recurring themes throughout are people and groups, and work that focuses on spiritual, personal and social transformation. My guiding principles are prayer, presence and participation. These 3 strands weave through everything I am and do.

Tara Parker   OK, Nick. What’s the legacy that you want to leave behind you?

Nick Wright   That people will seek and discover Jesus for themselves; that the world will be a better place for the poor, most vulnerable and oppressed; that people, culture and change agents will be more inspired and effective; that my daughters will feel proud of their Dad!